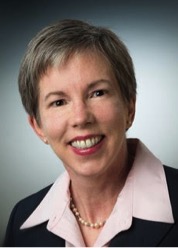 What do you aspire to accomplish in your career and why?

I want to put myself out of business – or, at least, out of my current line of business. I work with scientific societies to stop harassment and bullying in professional settings, including meetings and conferences. I will be a happy woman when my services are no longer needed.

What key roles have you held during your career?

The one I’m most proud of is Founding Executive Director of the Organization for the Study of Sex Differences. It was so exciting to be part of a group of brilliant people who wanted to start something new. A close second will be my work as Executive Director of the Genetics Society of America. I took over a very toxic workplace – lots of gossip and backstabbing and favoritism and years of mismanagement – and turned it around within about six months of my arrival. I remember the day someone remarked that they’d seen one of my employees smiling as she was leaving work – the first time they’d seen a smile on her face in years.

Describe the ally who helped you the most in your professional development:

My Ph.D. advisor, who stood up to a lot of pressure from the department chair and other faculty (who wanted me gone) and took me on in his lab after I forced the department to fire the technician who had been sexually harassing and stalking me.

What are you currently reading?

I’m always reading 3 or 4 books at once. In addition to the stuff I read for my work – right now that includes a thrilling historical tome entitled The Women’s Movement Against Sexual Harassment by Carrie N. Baker, and I’m trying to get through The Origins of Totalitarianism by Hannah Arendt. I can recommend either or both of those if you are feeling at all cheerful or optimistic, as they will bring you right back down. So, I need a little “mind candy” to counter those effects, and I’m reading the most recent novel in the Maisie Dobbs detective series by Jacqueline Winspear. Every once in a while I find a detective series I like, and I binge-read the entire series, one book right after another. I love the main character in this series, which starts just after World War I has ended, and is now up to the early years of World War II. She is brilliant, brave, resourceful, a self-made businesswoman, and stands up to everyone from skeptical Scotland Yard inspectors to Nazi SS officers. I haven’t found a character quite like this since I binge-read the Phryne Fisher series.

What are the most important lessons you’ve learned from your journey so far?

You can have whatever you want, and it probably won’t look anything like what you think it will look like.

Nothing you’ll have to learn how to do is any harder than what you already know how to do.